Our local Public Radio outlet just aired a wide-ranging interview with well-known New Testament scholar, professor, and author Bart Ehrman (the latest of five such features over the years — search the WUNC site). For some readers, Ehrman’s name may resonate from articles appearing in Biblical Archaeology Review and other publications, both popular and more academic. Today he serves as James A. Gray Distinguished Professor of Religious Studies at the University of North Carolina at Chapel Hill. The latest of his several books is a work of early church history, The Triumph of Christianity: How a Forbidden Religion Swept the World (2018, Simon & Schuster). 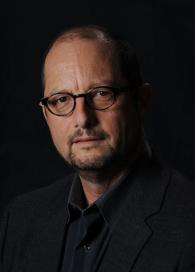 This time out, Bart Ehrman lets listeners in on some of the religious and academic influences — and crises of faith — that have impacted his personal and professional development: an Episcopalian upbringing in Lawrence, Kansas; fervent, Youth for Christ-style conservative evangelicalism beginning in high school; many years of studies at Moody Bible Institute, Wheaton College, Princeton Seminary, Rutgers… And the deeper he dug, the bedrock certitude he once experienced simply grew ever more elusive, a story he unfolds for us with utmost candor.

While I’m not advocating replication of Ehrman’s spiritual journey — some, depending on their viewpoint, may say his ‘fall from grace’ or descent into the abyss — perhaps it’s still instructive to consider the paths he’s trod along the way. As the intro to the piece says:

He began his career as a fundamentalist Christian who believed the Bible was the inerrant word of God. His hunger to learn everything he could about the world’s most popular holy book led him to several academic institutions and a vast amount of knowledge that caused him to question, and eventually reject, the worldview that brought him there in the first place. 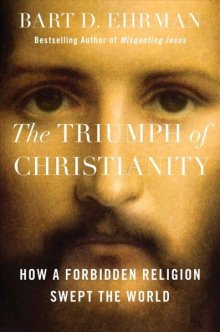 In the last section of the interview, Ehrman offers some insights from his recently-published book, The Triumph of Christianity, which analyzes, from a historical and sociological perspective, Christian origins and ascendancy in the early centuries AD. Especially interesting are his comments on the impact (or not, surprisingly) of Constantine the Great, plus the diverse streams of Gnostic Christianity and their texts.

TO LISTEN, click on the icon below to go to the page. And, if you don’t have 47 minutes to invest in the entire interview, brief excerpts are transcribed at the same location.

CLICK to go to the interview audio file (and transcribed excerpts).

The NPR program “Fresh Air”, with host Terry Gross, has also just aired an interview (43 min.) with Dr. Ehrman — seems his publicist/agent has been earning his keep! This one covers some of the same ground, but focuses more on his latest book dealing with the growth of early Christianity. To listen, or read excerpts, click below.