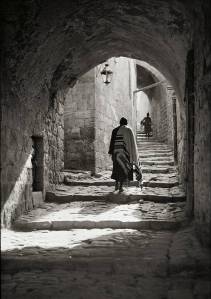 The American Colony was a Christian community that arrived in the Holy Land in 1881. Setting up shop in Jerusalem, this unusual and colorful group grew to have a wide-ranging impact on their adopted city, aspects of which continue to the present day. Beginning in 1897, the Colony operated a thriving photographic enterprise for almost four decades; afterwards, one of the photographers, G. Eric Matson, inherited the archive and added to it his own independent work up until 1946. The resulting corpus of some 20,000 negatives — donated to the U.S. Library of Congress and now in the public domain — has come to hold an important place as a documentary record of Palestine and the region in the early 20th century. 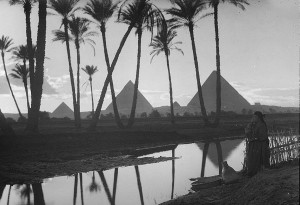 This article was written to accompany a digital publication project of the so-called “Matson Collection” photos, produced by a friend of mine, teacher and photographer Todd Bolen. Selecting over 4,000 of the most interesting images, which he then cropped, cleaned up and organized thematically, Todd has compiled eight volumes which present the photographs in a variety of formats, accompanied by informative annotations. I was very pleased to have the article included in the project, as background on the American Colony (which, indeed, I find endlessly fascinating) and the important contribution made by their Photo Department to the visual history of the Holy Land.

The Matson Photograph Collection represents the 22,000-plus surviving images of the American Colony Photo Dept. and the later independent output of Eric Matson. It is held by the U.S. Library of Congress, who make the digitized, searchable archive available online.

The American Colony in Jerusalem Collection, U.S. Library of Congress. This is the portal to the impressive LOC holdings of American Colony materials (many in digital form), plus background articles, related collections and more.

10 Responses to Jerusalem’s American Colony and Its Photographic Legacy